We embarked the legendary and brutal Madness at the Core of Time Tour with Iron Reagan, White Chapel, and the Mighty Gwar, may the ancestors receive Oderus Urngus's soul...Hail Gzoroth!!!

Hulg has died a final death to end his undeath and Gogog has left the Tribe to wander the wastes of Hirntodia.  "The War Machine Rolls on..." Cretos, Oog, and Gronk! continue to forge brutal orc metal tales.  Hail Gzoroth!!!

A Band of Orcs, formerly a 5-piece war machine, is now a 4-piece War Machine. Two WarChiefs have fallen in battle or left the Tribe - Hulg ElfR.I.P.per has met his final death after a series of zombie re-animations that always managed to go awry, while late leader and WarChief Gogog Bloodthroat had the misfortune of viewing and embracing the Yellow Sign, which engulfed him in madness.  Since then he has disappeared through a Wyrmhole back to the blasted wastes of Hirntodia where it is rumored he hunts ghosts and demons in eternal rage.

Oog, Cretos, and Gronk! carry the Metal banner of the Gore-Stained Axe Tribe forward and return as a Death Metal Quartet, wherein Cretos and Gronk! share bardic vocal-telling roles; the songs have been written for one brutal guitar instead of two; Oog lets loose with the Tribal war drum beat downs; and Srig Foehammer has taken over the Bass playing thunder from Gronk! Shaman who has stepped up to vocal incantations full-time.  Stay tuned for a rawer, more brutal form of tribal orc metal...Hail Gzoroth!!!

About the gore-stained Axe Tribe 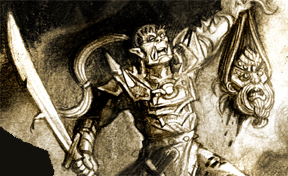 A Band of Orcs releases the "WarChiefs of the Apocalypse" EP. Hail Gzoroth!!!

We release the album "Adding Heads to the Pile," about our giant slaying adventures in Hirntodia. A San Francisco Weekly best Bay Are metal Pick for 2012.  Hail Gzoroth!!!! 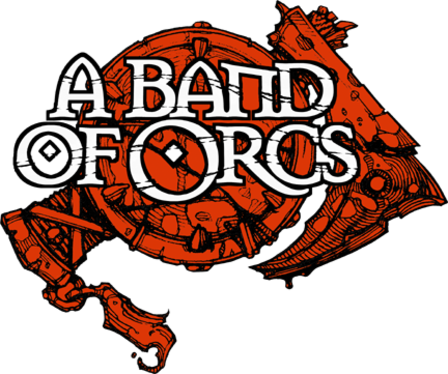